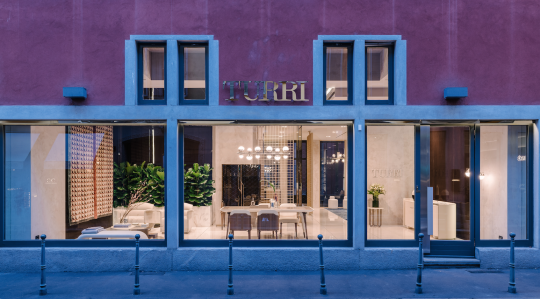 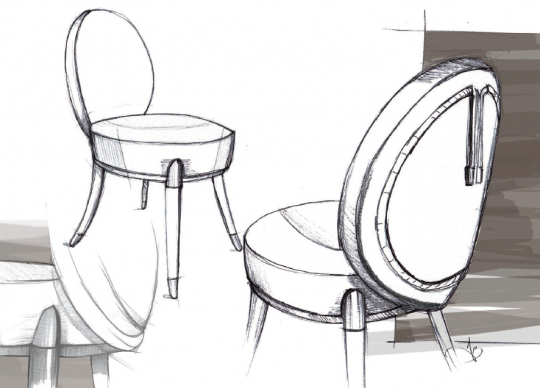 Turri’s history is rooted in the history of Italian design and began in 1925 when Pietro Turri started his workshop in the heart of Brianza with impeccable craftsmanship. In almost one hundred years of events and decisions, many situations have changed, and today Turri is considered a reference company in he international market for contemporary furniture, and an ambassador of craftsmanship for the most refined contexts. From magnificent private penthouses to luxury hotels, from yachts to the most exclusive restaurants, Turri overall programme offers a broad choice of products capable of furnishing any environment with a strong identity. The catalogue is characterised by upholstered furniture, storage units, tables, lights, decorations, accessories and much more to bring to life complete projects that are harmonious and coordinated in style. What makes Turri’s production unique is its sensitivity to tradition and its skill, combined with a high level of sartorial culture, careful research into original manual work and 100% Made in Italy production. A melting-pot of values that have spread the company’s harmony and its name around the world and with it, also the most lively and authentic concept of “Italian excellence”. Along the way, Turri has been open to the international market since its third generation in the 1970s, but it was when the torch was passed over to Andrea Turri in 2009 that the Brianza- based manufacturing company became truly global. Today Turri has about 30 single brand and multi-brand showrooms all over the world, but the link with its land of origin and its tradition have endured and all the accessories from the first to the last element, are still produced in its Brianza headquarters.

The journey has been long, and from the beginning, several important collaborations have been made, thanks to which as many iconic collections have been developed, which today represent the must-haves of our catalogue. Turri’s identity has also matured alongside its offer: this is the case of the collaboration established with Andrea Bonini, a talented young architect who has attentively accompanied the evolution of the company’s style with a modern approach. Equally important is the more recent collaboration with the designer Frank Jiang, an key figure in the world of design in the East, who has introduced smart references to traditional Chinese design in the Turri catalogue, making the company even more competitive on the international scene. Frank Jiang is, in fact, the founder of the Chinese company J&A, which is the twenty-fifth company in terms of turnover, the third in the interior design segment (source: Interior Design Magazine), as well as being the only company in the design segment to be listed on the stock exchange in China.

Where this path is leading, is clear: Turri, thanks also to the synergy with Daniel Libeskind and other key figures in the world of design, today proposes refined and absolutely current ideas and solutions, to an audience that is able to appreciate the taste and value of craftsmanship, but with an eye to modern style. Some of the characters change, therefore, but the plot continues with the same success as ever, with Turri ever closer to celebrating the centenary of it foundation and ever closer to great and ambitious goals. Since 2019, the company has been engaged in an extensive renewal process that is affecting all the main assets of Turri, reinterpreting the pay-off and logo to make them more in line with current and future trends. “The Italian Way to Beauty” is the new payoff that aims to communicate the essence of a business, its most authentic reason for being. Turri, like any other innovative player in the furniture market, is a producer of ideas rather than products; a business whose design research consists in making the theme of beauty contemporary and international, which since it Renaissance origins is so fundamental in the artistic and cultural tradition of Italian taste. The result is now evident: the logo and the pay-off are visually and conceptually counterbalanced, and convey, with a modern aspect, the respect for the typically Italian tradition of luxury and excellent design.