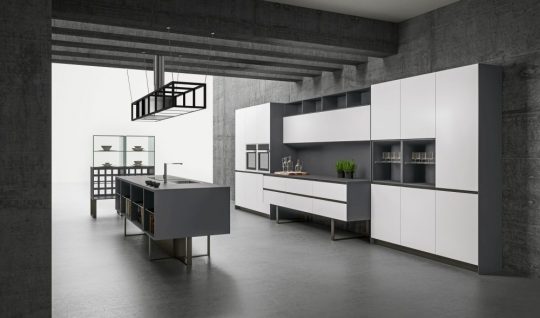 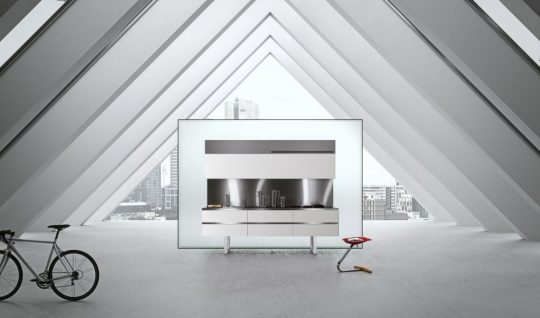 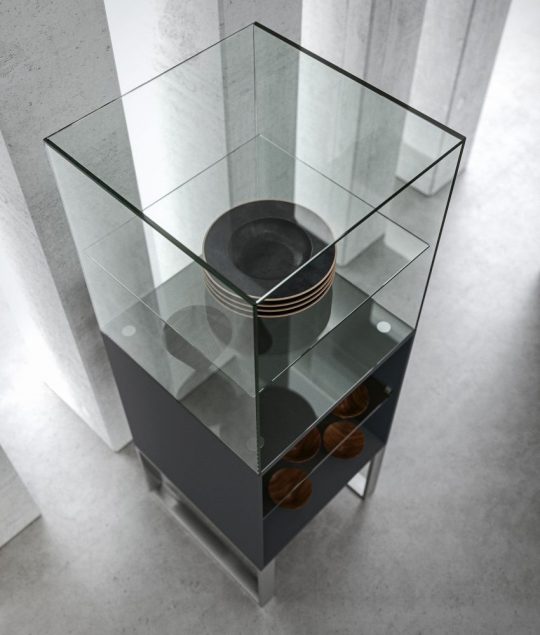 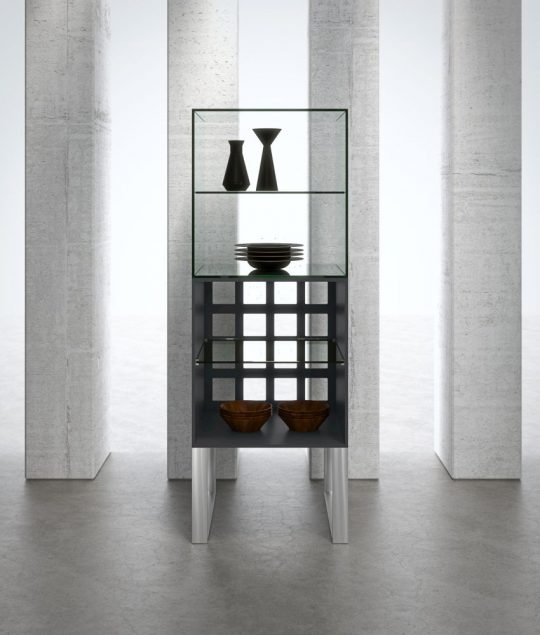 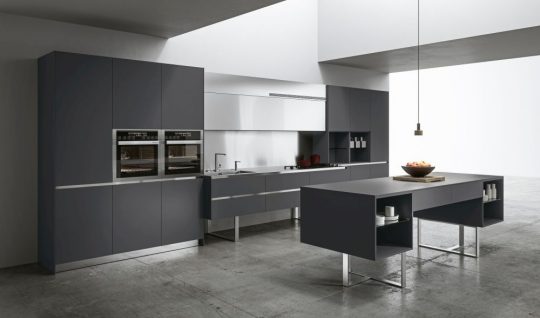 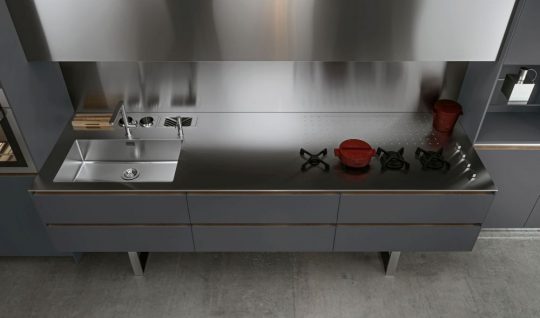 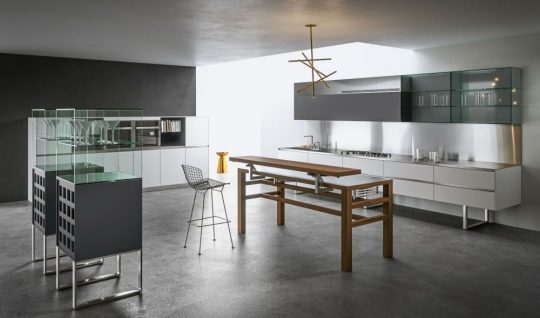 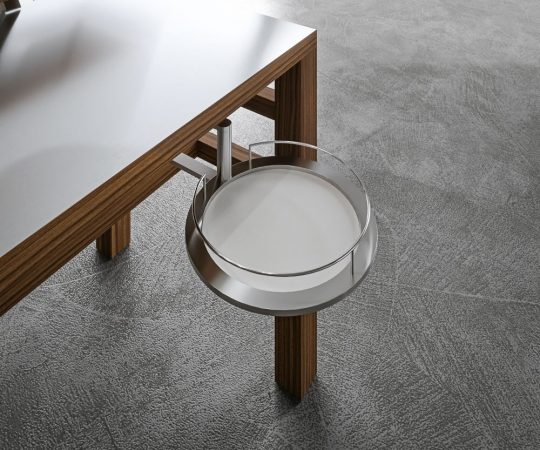 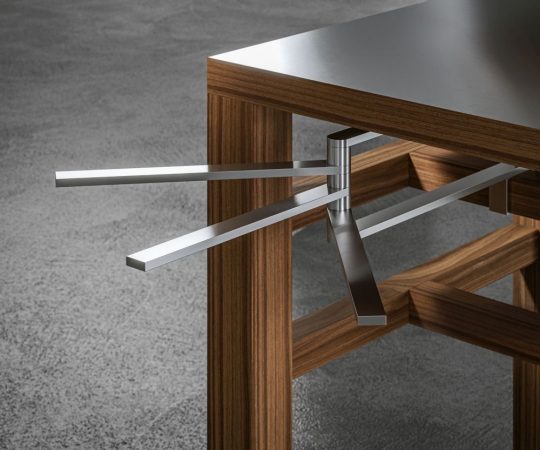 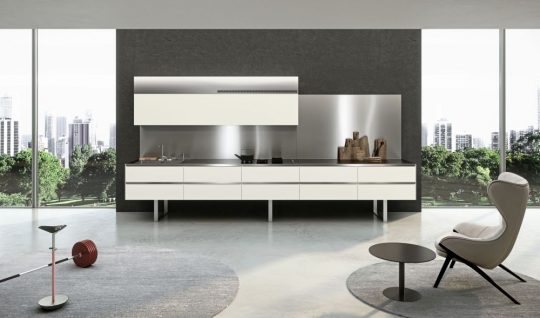 Makio Hasuike and the ARAN Cucine projecting team have redefined a few elements and finishes of the kitchen Sipario, a model signed in 2016 by the Japanese designer and now officially among the company news.

As in any respectable theathre work, Sipario is composed of different ‘parts’: an island suspended from the floor, available in different finishes – including Solid Surface and ergonomic and hygienical steel – can act as a work top or as a gathering table. Enriched by open modules with glass shelves, doors or organized drawers, the island becomes stage of all gestures and moviments which are protagonists in the kitchen environment.

Also the wall unit can be set for cooking or washing phases: a long and continuous Stainless steel top welcomes the sink on a side, with channel and accessories trays, and gas fires and cast iron grills on the other side. Open elements and open wall units show cooking ingredients, cutlery and other items making the space more rational and functional. To complete the extremely essential design kitchen, projectable according to any needs, there are TOTEMs: free standing modular elements, which can be crystal cabinets, or built in appliances columns.

Last element, besides being a plus for Sipario, is the particular BIS table: Snack top and work top, extremely functional, is provided of a ribalta shelf which allows the extension of the surface, or even the creation of an independent one; the pull out accessories, such as towels sticks and trays, together with the light and easily accessible structure, make of BIS the ideal table for any kitchen area.

Sipario is the ARAN cucine and Makio Hasuike’s project whose core, as usual for the company, is made of people. And the concept couldn’t be better explained than from its own designer, who tells the story of his work with these words: “As in a drama, the art of cooking comes on stage. The show begins, actors, and audience are both protagonists, involved in the show of preparing, cooking and tasting”.