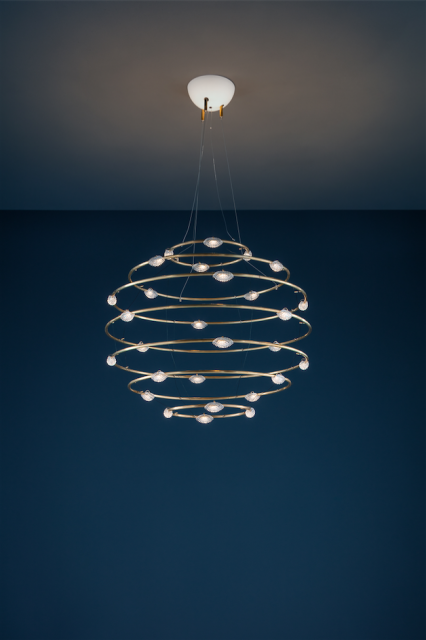 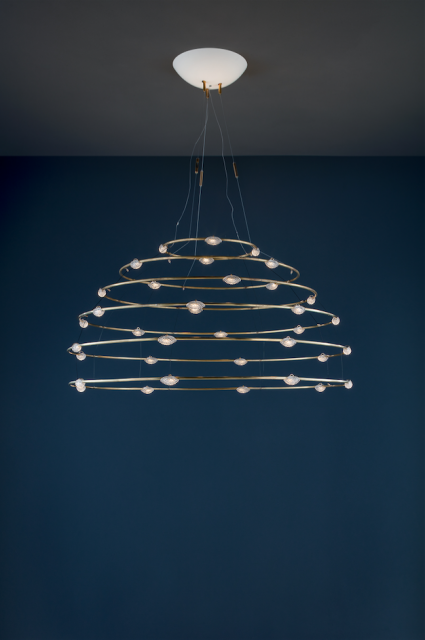 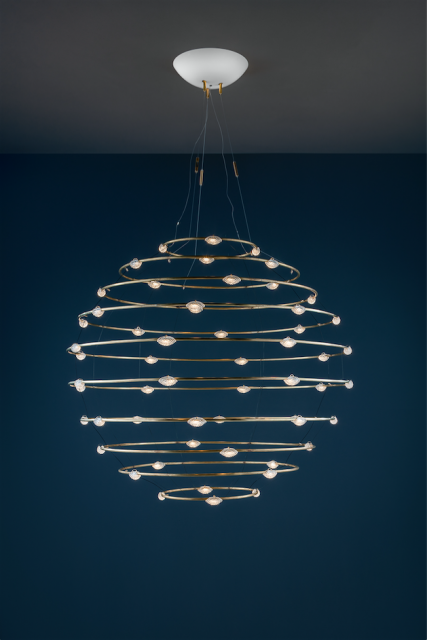 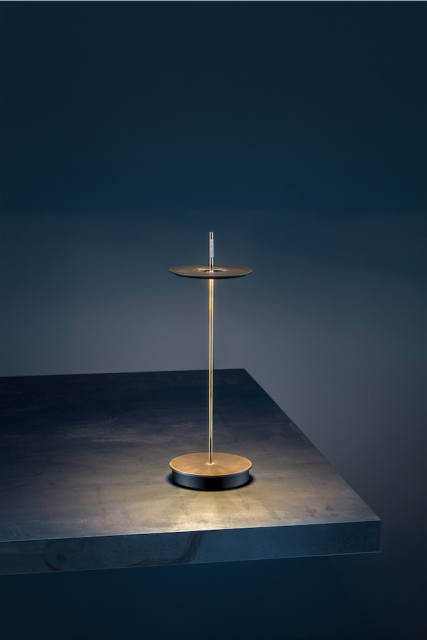 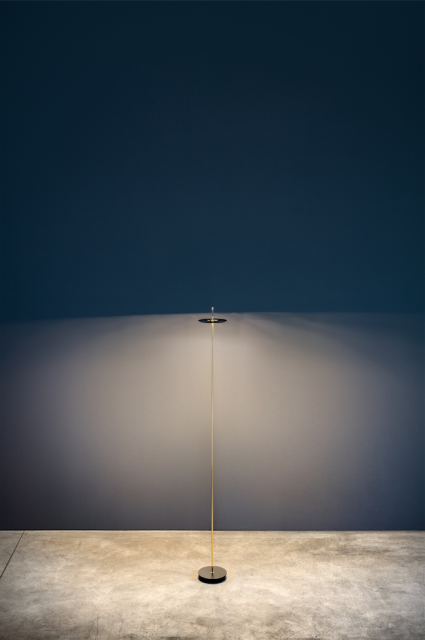 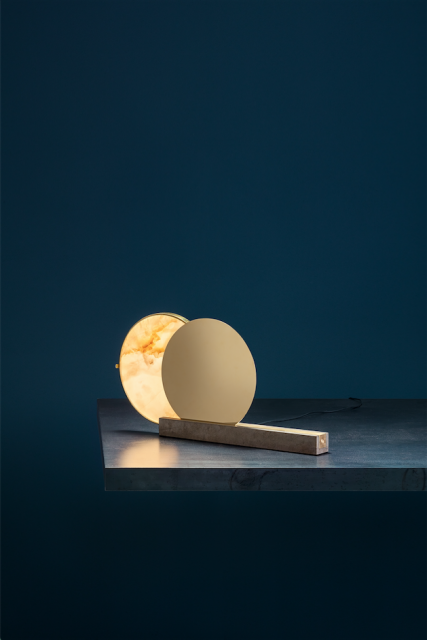 PETITS BIJOUX by Catellani & Smith is a representation of ‘static movement’, the effect of an action that seems to imitate the gesture of throwing a stone into a pool of water, creating concentric waves that propagate into space. The concept of a sphere, the circle as a metaphor for the infinite and perfection, has been favourite, recurring theme during Catellani & Smith’s thirty years of lamp production, and makes it return in this new pendant lamp, a lamp that is remarkably simple in its design but extraordinary in its workmanship.

Thanks to battery operation and the absence of cables, the new GIULIETTA BE can be ‘transported’ easily anywhere. With a simple touch of the hand, Giulietta BE can be switched on and set to three different light intensities.

PETITES LENTILLES is the result of a search for re ned simplicity, a balance between light and matter. A suspended oval made of natural brass – measuring 120×60 cm – traces a large orbit in space, while small transparent lenses decorate its form, following its lines. Petites Lentilles is a celebration of light in its purest form, demonstrating how an amazing item can be created from the simplicity of a few structural elements.

The antithesis between light and dark, between Sun and Moon, is everlasting, like part of the same ow of existence. Many allegorical meanings have been given to the necessary relationship between two elements that each exist as a consequence of the other. The new lamp ALCHEMIE T, designed by GIULIA ARCHIMEDE for Catellani & Smith, investigates this dimension whose components are diametrically opposed but always, and for ever, connected.