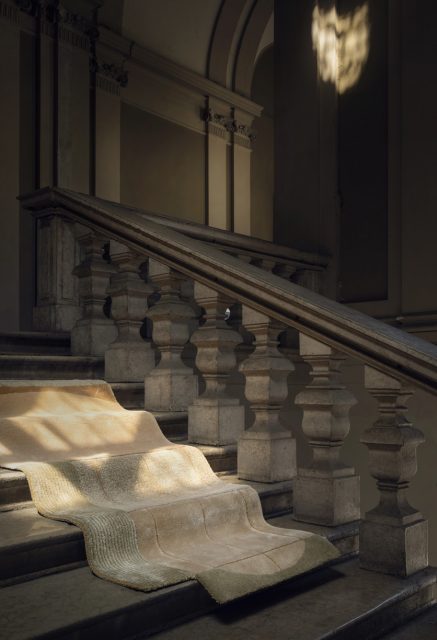 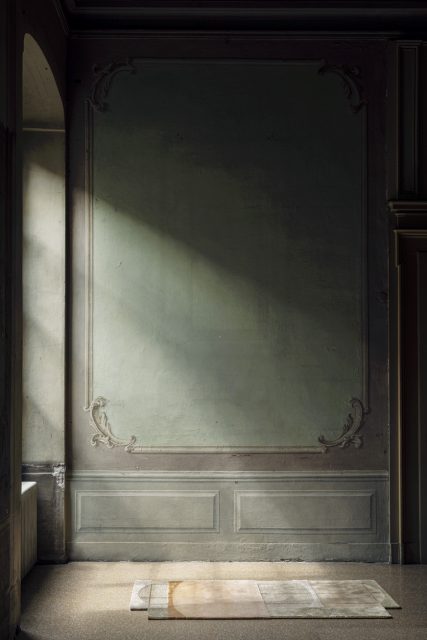 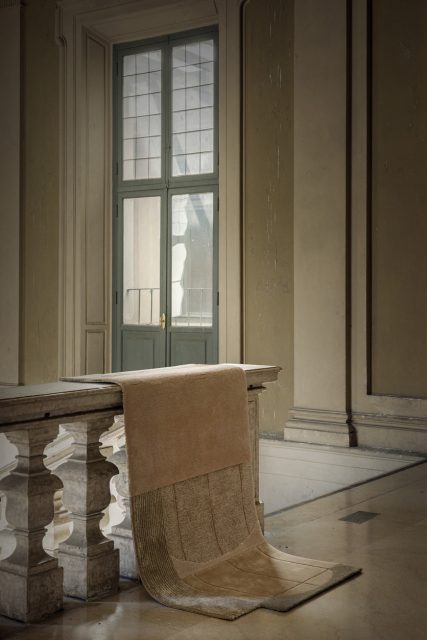 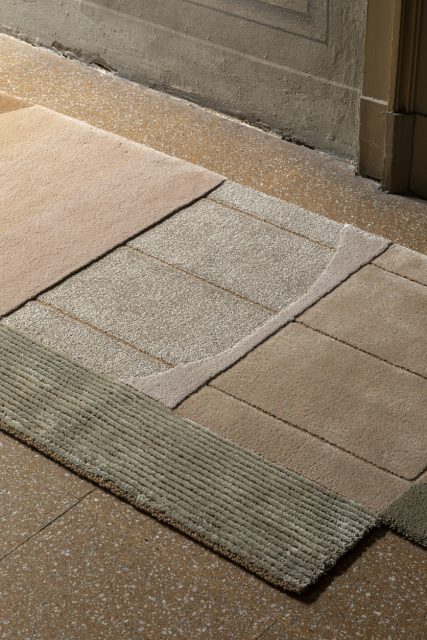 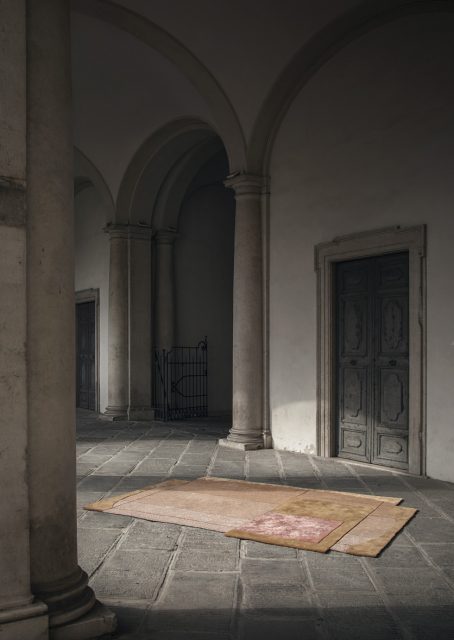 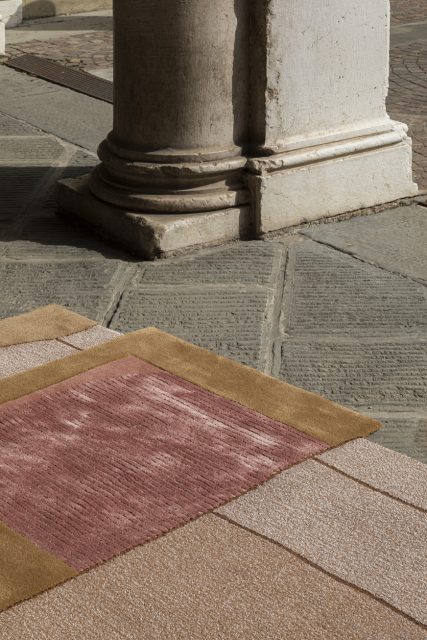 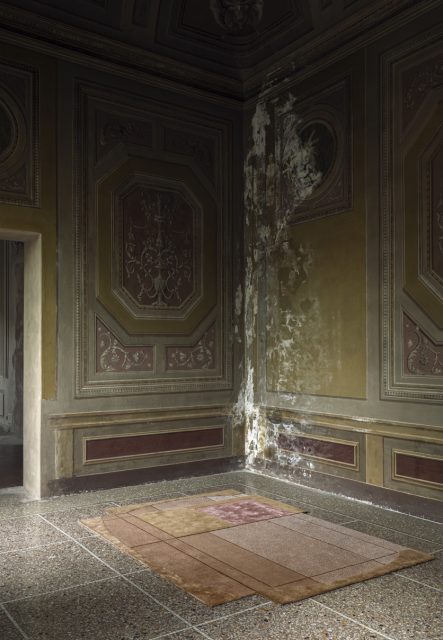 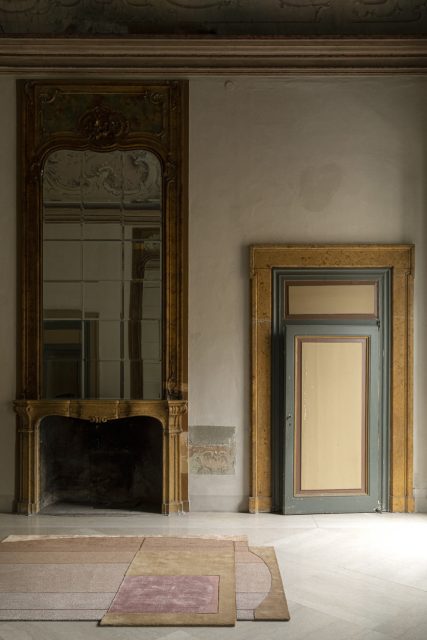 Much more than simply furnishing accessories, rugs from Carpet Edition are capable of telling extraordinary stories. This time the storyteller is Giulia Ferraris, class of 1991, who collaborated with the company to give life to the new Lòbia collection.

The young designer managed to convey the spectacle and magnificence of Mediterranean architecture, while paying particular attention to the light and its ability to shape and modify every structure. Observing building exteriors, ever-changing with the passage of time and with the rising and setting of the sun, Giulia Ferraris was able to uncover the innumerable facets, and capture the chromatic effects of light on architecture in four rugs, as if they were moments captured in time.

The first two pieces in the Lòbia collection evoke, as in a photograph, two specific moments of the day: sunrise and midday. The image of an urban skyline translates into a pattern of curves and lines which idealistically represent the architectural aspect. The nuances utilized, soft and lucent for the Terra rug, clear and crisp for the Polvere rug, recall the magic of the light that strikes the buildings in those two moments, respectively dawn and midday.

“I like to walk at dawn, when the city is still silent and the first light of the day begins to give physiognomy and dimension to the atmosphere that surrounds me. I observe the timid brightness that creeps in between the grooves of the columns and empty spaces within the arches, which bounce from facade to façade and morphs into a vivid glow that delineates tactility and shape with sharpness and precision.” Giulia Ferraris.

The tactile aspect of the rugs is also interesting: new additions to the Hand Made catalog are produced artisanally using the tufting method. Skillful carving work, velvet and bouclé give different heights to the fleece – composed of tencel, linen and New Zealand wool – giving a three-dimensional appearance and comfortable texture.

The evocative narration of Giulia Ferraris and Carpet Edition is as deep as the day is long: the emotion of the light of dusk remains to be discovered.