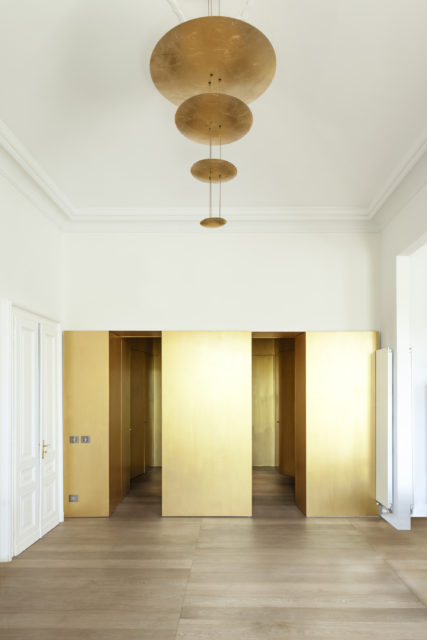 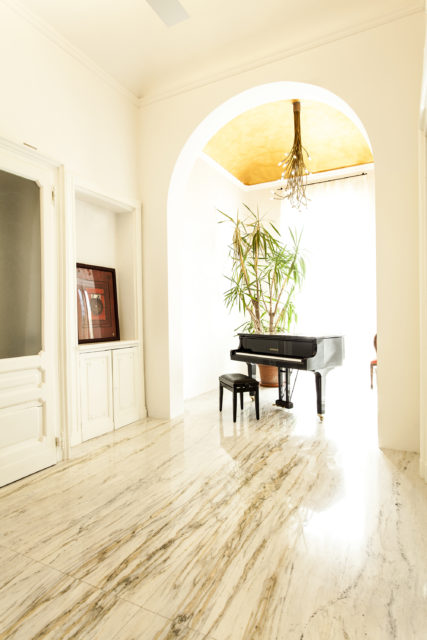 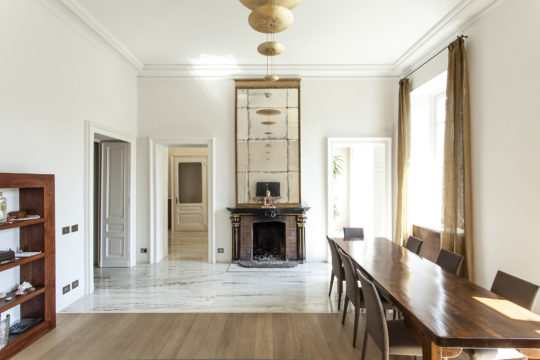 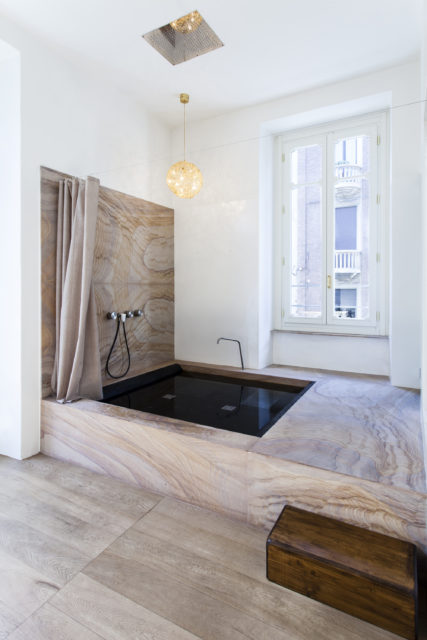 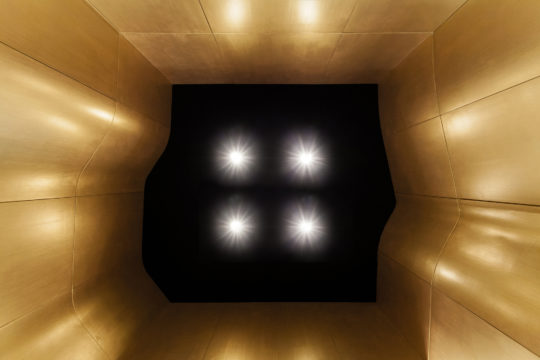 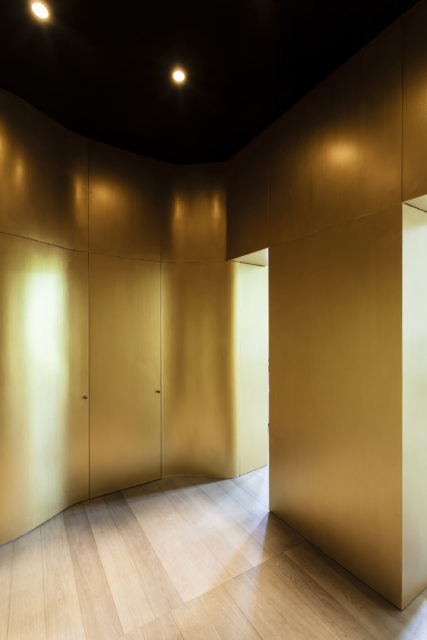 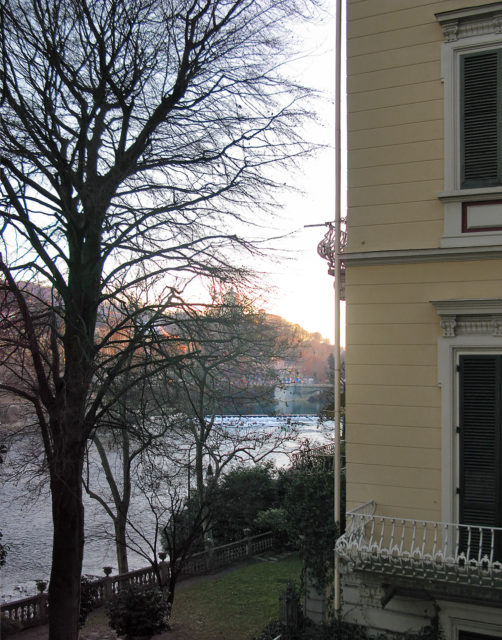 The contemporary design of Catellani & Smith lamps for the ‘River Apartment’ in Turin 13.02.2017

The River Apartment, located along the river banks in Turin, surrounded by green spaces and with an amazing view on the river Po, is an ambitious project developed by deamicisarchitetti studio. The renovation of the apartment has requested a complex renewal plan, aimed at preserving the charming atmosphere of a stately palace and its precious existing architectural elements, as well as at integrating these elements with the contemporary and minimalist style designed for the interiors. The lighting, both natural and arti cial, has played a key role in the organization of the spaces that, before the renovation, appeared dark and quite small.

This is the reason why deamicisarchitetti preferred the lamps by Catellani & Smith, among which one of the models of Macchina della Luce, a sculptural lighting tting that characterises the living room and the adjacent dining room, able to make the rooms look even brighter, thanks to the gold coloured nish of its suspended discs.

A ceiling lamp belonging to the ‘Turciù’ series, whose exible arms can be shaped in various manners, interacts with the space of the ‘music room’, which is characterised by an elegant grand piano. The iconic Fil de Fer lamp in the gold coloured version has been chosen to decorate the bathroom and its tiny lights, skilfully intertwined in the lamp structure, give a warmer look and create a pleasant contrast with the shiny, clear marble nishes that dominate the room.