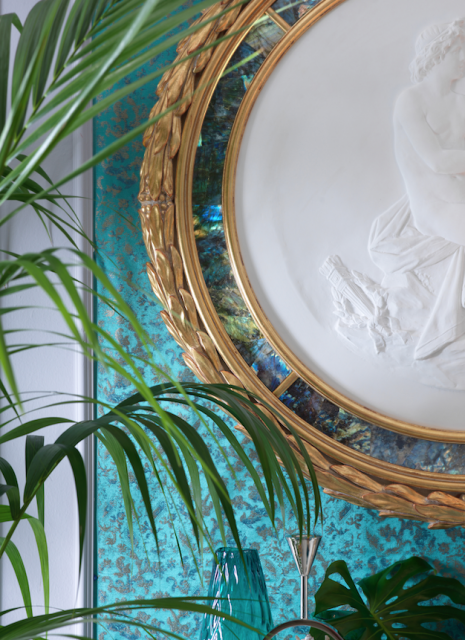 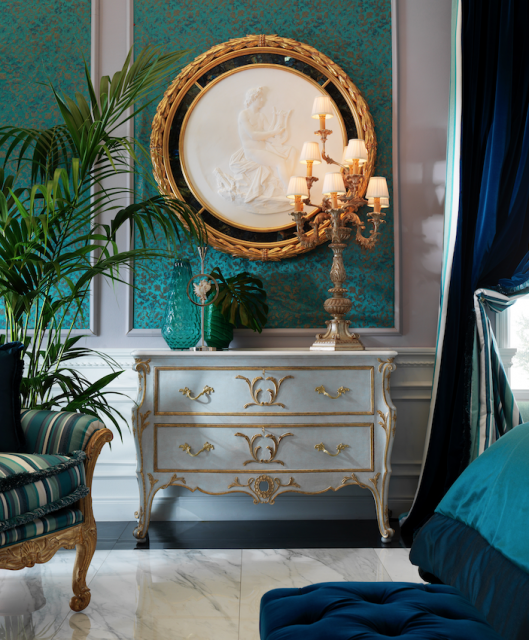 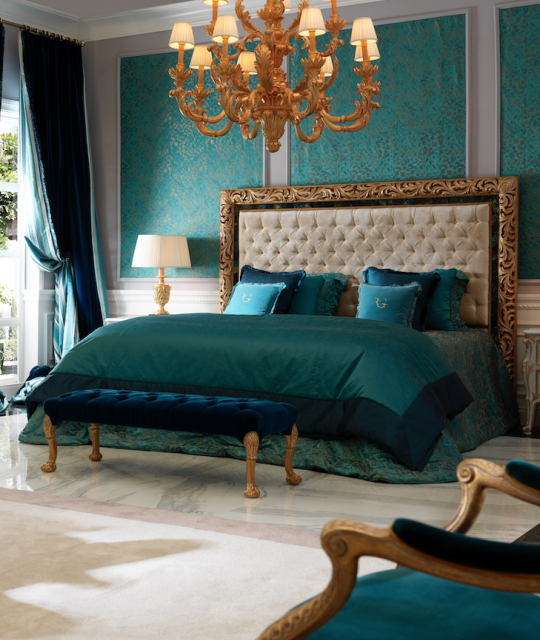 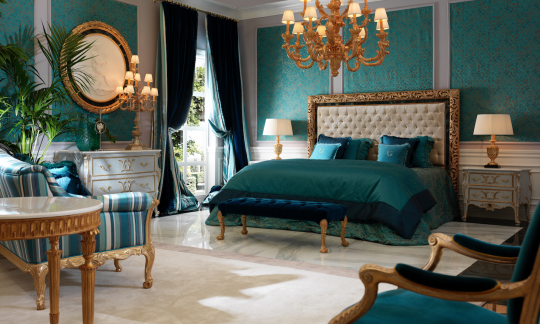 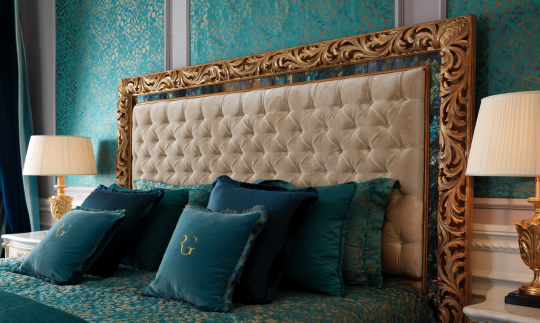 An extraordinary encounter between beauty, art and the exquisiteness of semi-precious stones

For the first time, Roberto Giovannini’s classic furnishings are adorned with semi-precious stones.

Since starting out with his enterprise, Roberto Giovannini has distinguished himself in the panorama of classic furnishings for his exceptional ability to create, through his furniture and accessories, bespoke living spaces, fascinating places of magnificent elegance, designed with special attention to every detail. Environments in which excellence is sought as an element of distinction.

Roberto Giovannini’s love of beauty and his natural ability to create and surprise with ever new forms, without ever losing the unmistakable and authentic classic artisan spirit of his creations, has lead him to experiment with special and exciting combinations.

The Master’s vocation to create furnishings capable of giving wood-carving an element of surprise, transforming it into an art form which enhances the natural beauty of wood, thus meets the exquisiteness and luminosity of semi-precious stones.

This ‘design challenge’ is expressed in the king size Ramage bed from the Fil Rouge collection. Roberto Giovannini reveals here a new creativity, reaching the maximum expression of  classic contemporary beauty. Ramage becomes, in fact, a truly exclusive piece of furniture thanks to a unique ‘decorative detail’ with a strong visual impact in the Stone version: a passepartout decorated with labradorite.

For the first time, a bed headboard is reinterpreted as a ‘jewel’, with a rare and refined aesthetic. This ‘precious whim’ thus transforms a complement with a classic soul into a complement which is both ‘vibrant’ and contemporary.

Like artists, Roberto Giovannini transfers his conceptual and aesthetic language to these semi-precious stones, expressing a tradition in constant evolution, where tailoring, competence and innovation are reflected in the ability to create new proposals for an ever more contemporary luxurious setting.

Labradorite is a mineral considered sacred according to different mythologies. A famous Eskimo legend tells how the Northern Lights were once ‘imprisoned’ in the rock along the Labrador coast. It tells how one day, a wandering warrior managed, with a few shots of his spear, to free almost all of the lights trapped in the rock and those that remained became Labradorite.
Its main and extraordinary characteristic is its ability to generate the optical phenomenon of labradorescence, which appears as a sparkle of ‘flashes’ of blue, purple, green, yellow and orange. This is an effect of iridescence  due to the presence of laminar layers inside the mineral; its lamellar structure thus determines phenomena of refraction with an incidence of light.

Roberto Giovannini experiments with the refinement of the stones to enrich other furnishings with a  striking effect,  such as the framed plaster bas-relief which, in combination with the Ramage bed, has a passepartout embellished with labradorite.

Thanks to the evocative nature of labradorite, Roberto Giovannini’s furnishings are transformed into extraordinary works of craftsmanship: the union between the natural warmth of wood and the luminosity of the semi-precious stones give them a unique and exceptional personality.

To make his proposal for the sleeping area even wider and more special, in addition to the possibility of choosing from fine fabrics and refined upholsteries, Roberto Giovannini has created the passepartouts of the Ramage bed and the framed bas-relief with other semi-precious stones, in addition to labradorite, such as lapis, malakite, red jasper, tiger eye and amethyst.
Each stone has its own history, its own light, its own ‘magnetism’, aspects that are reflected in Roberto Giovannini’s living spaces, making them truly unique.

Thanks to the precious collaboration between Roberto Giovannini and Obsydian Design, the fascinating world of classic furniture moves closer to encompass contemporary living, inspired by its trends and, in particular, by the sophisticated and enchanting world of ‘jewels’.