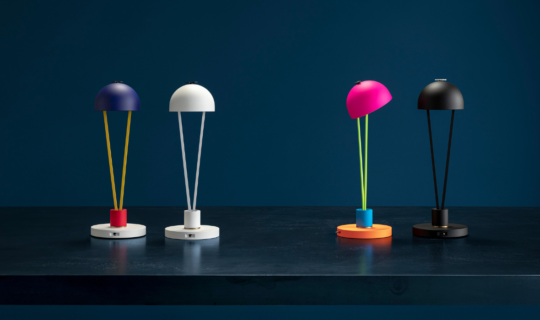 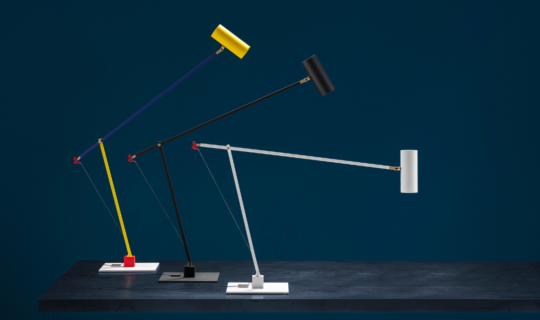 Innovative technology and smart design were the winning combination for Catellani & Smith’s Ettorino T and Ale BE T at the 2022 edition of the Prize Designs for Modern Furniture + Lighting. The American prize – established by MoMA in 1949 and today relaunched by the Chicago Athenaeum: Museum of Architecture and Design and Global Design News – recognises the best of contemporary design in lighting, furniture and accessories from over 24 countries around the world.

Winning the Prize Designs for Modern Furniture + Lighting represents a major achievement for Catellani & Smith. Just a few months after the official presentation of their new 2022-23 collections, the company has already earned a prestigious honour thanks to its constant evolution in lighitng technology and its consistently unique and personal approach to design. Ettorino T, in particular, was recognised as Best Table Lighting of the Year by a prestigious jury including major names from the international architecture scene.

Ettorino T is designed as a desk lamp, to offer suitable lighting for work and study settings. A notable feature of this model is the ability to move and rotate it: Ettorino T is an “articulated” lamp, notable for an innovative cinematic system for which Catellani & Smith has filed a patent. The light produced by a 10W (1440 lumen) COB LED contained in the cylindrical head of Ettorino T can be positioned at varying distances from the surface of the desk, and the head can also be rotated to direct the light towards a wall. The red silhouette, clipped onto the horizontal rod of the lamp, guarantees balanced movement, acting as a tensioner. Light intensity can be regulated using the dimmer on the cable, held in place by a small magnet on the base. Also available in the classic black and white finishes, the “colourful” versions of the Ettorino T lamps feature an elegant combination of primary colours, mixing blue, yellow and red.

This dance of colours also appears in the Ale BE T model, which comes in a lively fluo-painted version (orange, blue, yellow and magenta.) Ale BE T is a fully wireless, battery-operated table lamp, so it can be moved around any setting. A small cylinder links the circular base to two slender elements forming a “V” shape. These support the dome that can be rotated on a single axis, to direct the light produced by a 1.5W (220 lumen) LED. The unexpected detail of a fly resting on the dome conceals the screw that attaches it to the base of the lamp.