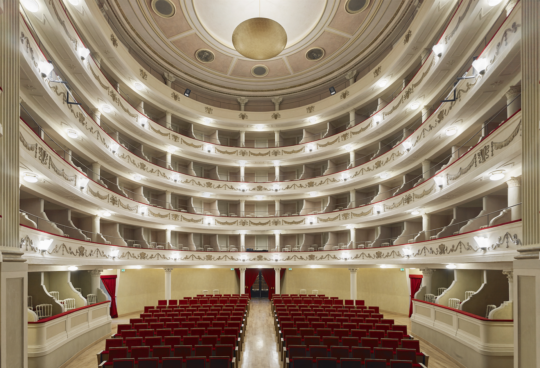 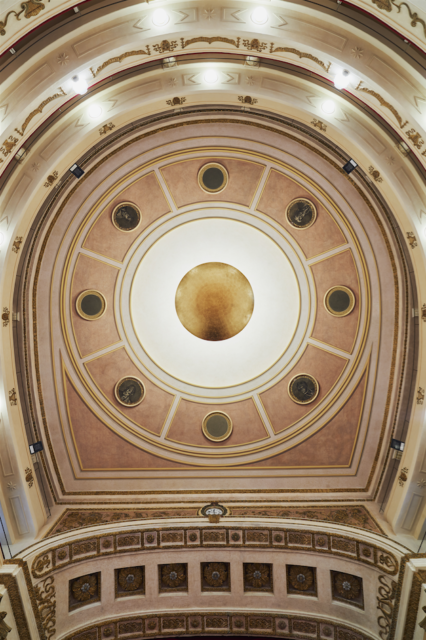 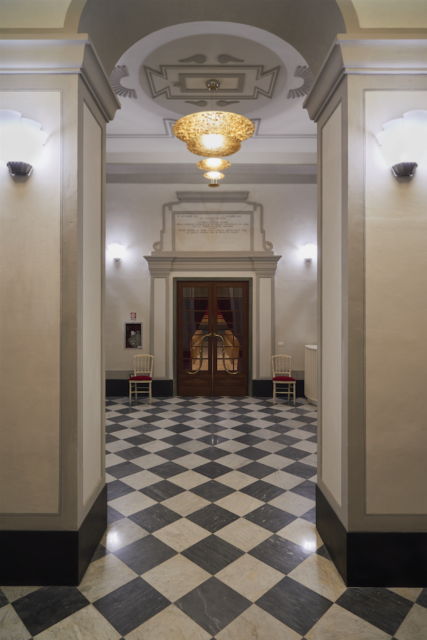 The ‘Teatro Sociale Camogli’, which reopened last year after 40 years of inactivity, represents an extraordinary example of Italian-style, horseshoe-shaped theater, built between 1874 and 1876 in the Ligurian town, once called the ‘Città dei mille bianchi velieri’ (the town of a thousand white sailing ships). At that time Camogli was a maritime power and a seaport from which hundreds of boats sailed for crossing the seas, and was also home to many ship-owners and admirals, who wished to build the Teatro Sociale both as gift to the community and a symbol of their city’s grandness and splendour. The theater, designed by the architect Salvatore Bruno, still preserves its original architecture, with four rows of balconies, a gallery and stucco ornaments that reach the ceiling, and now has become again a meeting place of inestimable value for the Ligurian port city.

To complement this ambitious project, designed by Studio Berlucchi (Brescia) and Arassociati (Milan), Catellani & Smith has provided a series of lamps with an extraordinary scenic impact, such as the great golden disc that overhangs the auditorium and the four-level balconies, perfectly integrated with the surrounding space. It is a real sculpture that hides a lighting source by Light Contract, the company that has cooperated with the architects for the whole lighting project of the Sociale Camogli. Along the way from the theatre main entrance to the auditorium entrance, Catellani & Smith welcomes the spectators with spectacular pendant lamps Macchina della Luce. Thanks to its structure made of large discs, fully covered with gold colored leafs, Macchina della Luce casts its light against the richly decorated ceiling, creating circles of shade and light, and warms with its golden light the white and black marble decoration that prevails in the space.