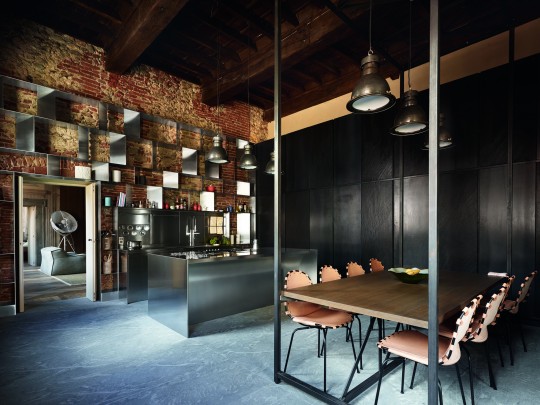 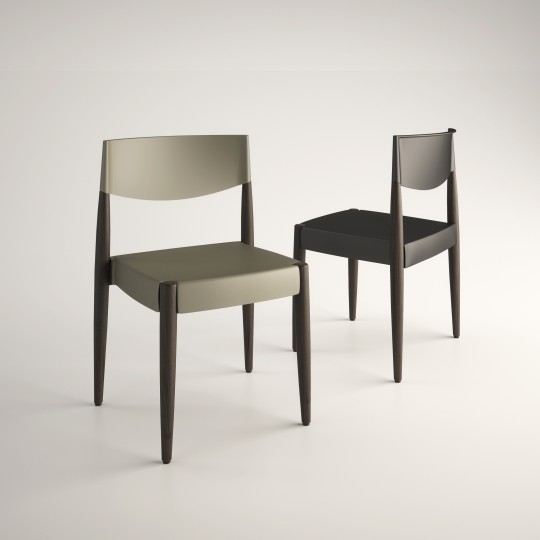 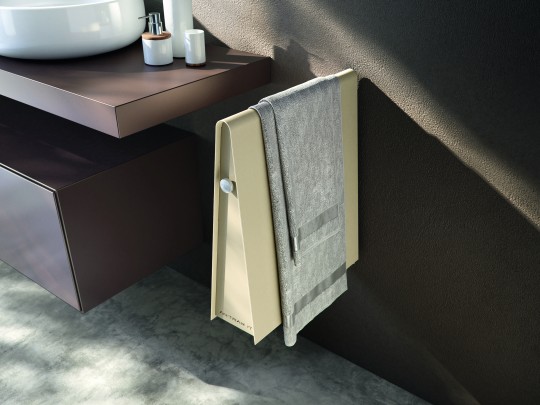 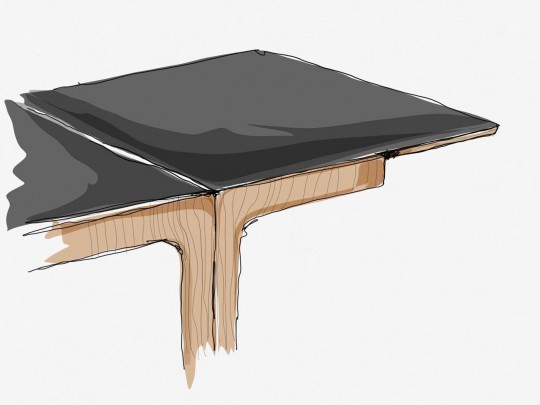 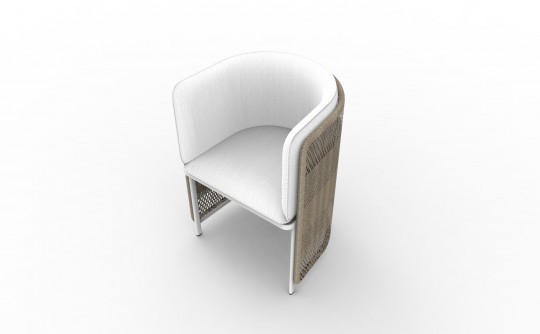 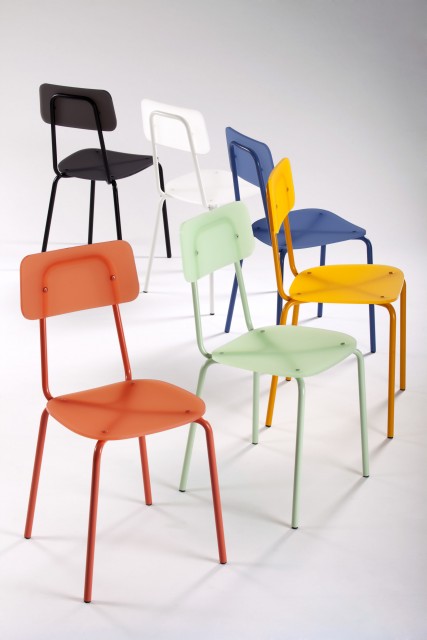 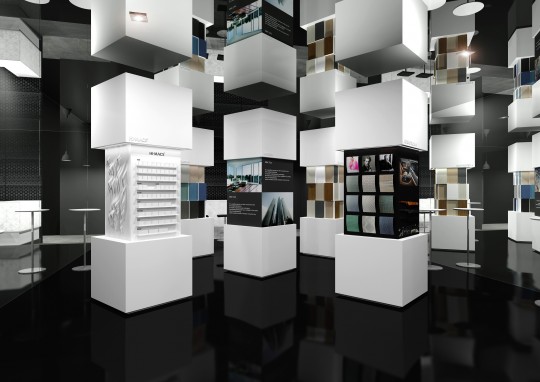 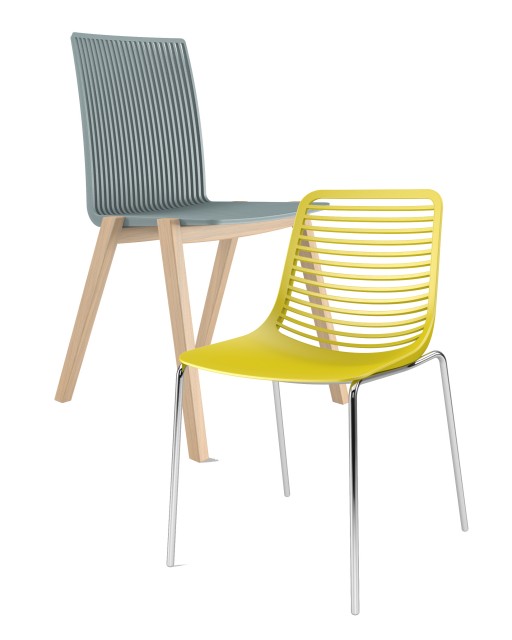 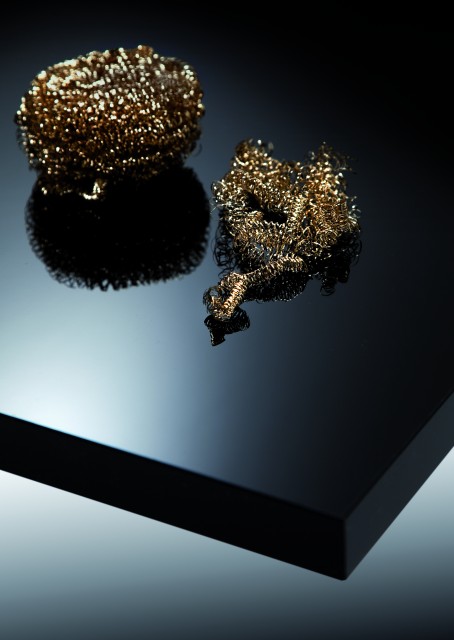 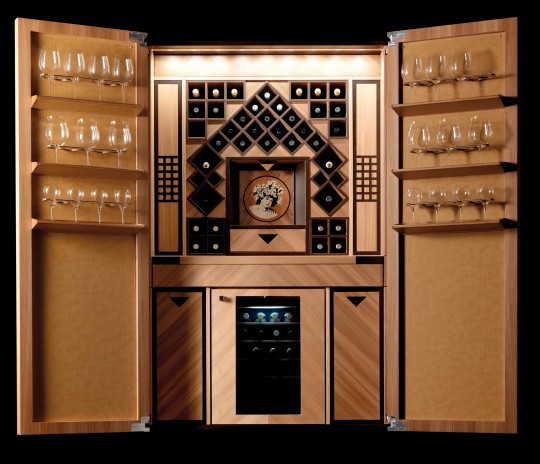 A brand new product which will be presented in 2016 is the Atelier line in two models, Chelsea and Bagutta. They are available with two different types of worktops, with either a razor-blade profile or a box profile. The rounded internal compartments guarantee superior levels of hygiene. Atelier collection can be produced with customized doors, which can be painted, surfaced with different finishes and materials.

The re-visited and updated tradition, not only in the forms but also in the materials. This is Virna’s philosophy, the new product of Alma Design: a productwhich evokes the archetypical lines of the Fifties, with a new and strong functionality. Simple, geometric and at the same time highly classy, Virna suggests a sophisticated contrast between the ingot of the structure and the polypropylene of the seat and the back.There is also a version with upholstered seat and back, customizable with fabrics or leathers. Virna is stackable and is an ideal solution for contract or residential settings.

Compact, high-tech, customizable. Lobello is an extremely versatile towel warmer, designed by Andrea Crosetta to blend in seamlessly with compact settings both in residential or contract environments. Only available in the electric version and in over 200 standard colours, Lobello is a new consumption product which heats up extremely quickly.

Designed by Giulio Iacchetti, Amalong is a collection of extendable tables with essential profiles, that can solve with elegance and a “fair share” of trend the increasingly demanded theme of size variation. The wooden structure hide the two extensions, which can be removed from the two short sides of the table. The table is characterized by a an uniform aesthetics – emphasized from 45° cut of all the horizontal and vertical elements that trace a perfect match – that persists even when tha table is open. Amalong is a product with vivid and young tones, able to interpret the contemporary living and its propensity for more dynamic solutions.

Moodern is a chair in between vintage and modern which revisits with so much joy and colour the traditional chair structure of the Fifties. The seat and the back, in frosted matt acrylic, have the same colour tones as the structure, in lacquered metal, creating a highly original monochrome effect. The product is available in different colours: salmon, aquamarine, yellow, light blue, yellow, white and black are the tone in which Moodern is proposed.

Mini, designed for Parri, is a collection with a perfect fit for contract and home. The main theme of the project is the research of lightness and elegance in its shapes; the horizontal line of the backrest and its particular lateral line do attribute personality and character.

The rhythmic vertical scansion of the lines created by the alternation full/empty of the back of Line, designed for Casprini, is inspired by the balance and perfection of the ancient colonnades. Even the choice of simple and rigorous forms is congruent with this dimension to which, voluntarily, some elements of breakage have been added as a predominance of verticality and tension evoked by the section shape of the rib work.

On the occasion of the 2016 Salone del Mobile, Opera3B will showcase MAXXIGLOSS® and MAXXIMATT®, two complimentary panels with one-of-a-kind high- performance features.

MAXXIGLOSS® e MAXXIMATT® can be used by businesses, architects, interior designers and product designers. They are suitable for vertical surfaces in kitchen, bathroom, bedroom and interior spaces, but also for horizontal spaces such as surface tops, console surfaces, shelves and the like.

Toncelli presents a new version of the Wine Column, a design item that conceals the concept of a wineshop behind its two shutters. The shutters express the trademark features of the company, including meticulous attention to detail, careful selection of materials and the importance of the place in which the company operates. The new Wine Column infact reproduces the urban plan of fashion district in Milan that Toncelli has chosen for its new sales point.