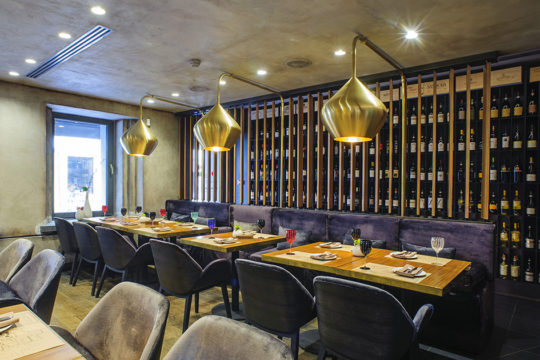 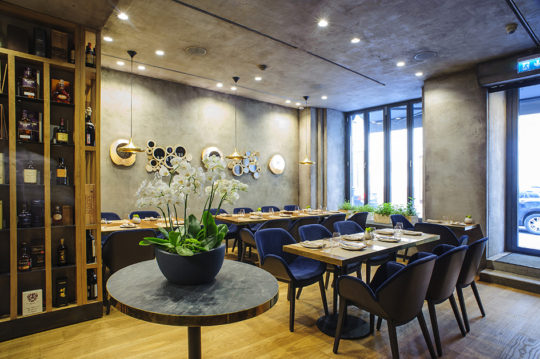 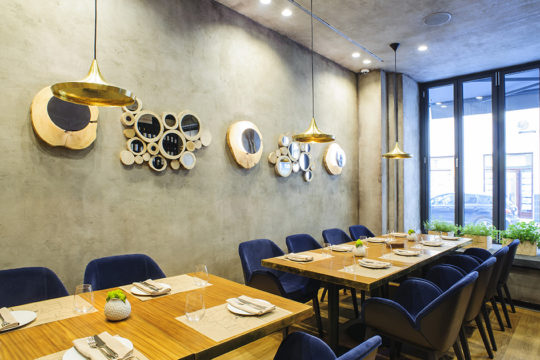 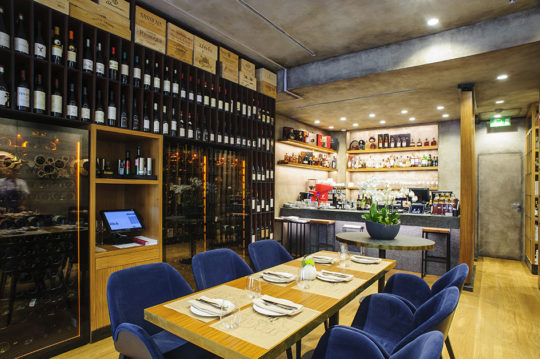 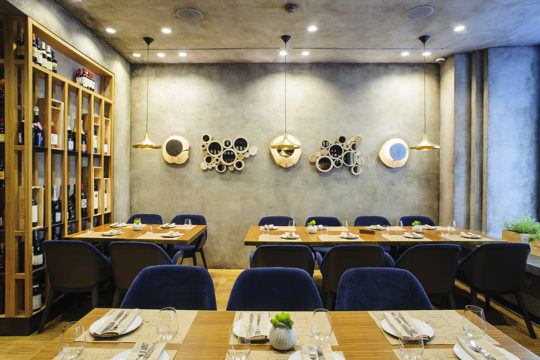 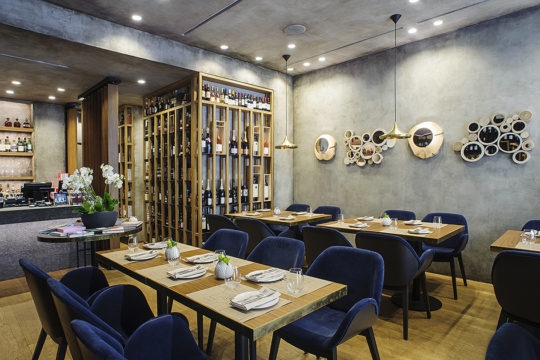 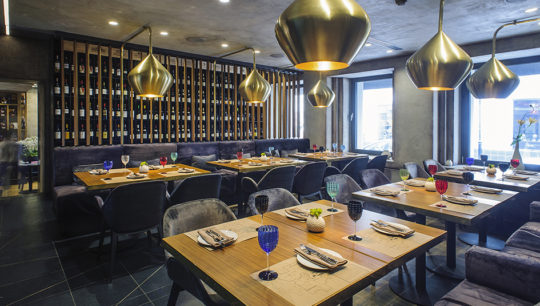 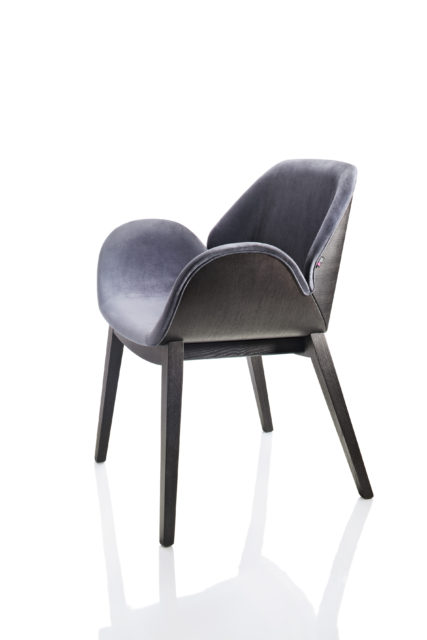 In a little corner downtown Moscow, there’s a wine and revolutionary culinary experience sanctuary. Its name, Grand Cru, is a tribute to the “nectar of the gods” and its concept bears from the will to establish the Mediterranean culture excellence in the Russian capital city, the land of origin of its creator Adrian Quetglas. Because wine is the “leitmotiv” of this place and it inspired tasting proposals for guests, but also the interior design itself, renovated during the year 2016.

The location is strongly contemporary, and it’s dominated by sophisticated referrings to the oenology culture and there’s nothing that translates in an ordinary way the source of inspiration of this project, which fascinates citizens and tourists visiting the Kremlin city.

To the walls of the room, realized in a concrete finish effect, are hung compositions of round mirrors in different dimensions that remind bunches, while showcases made of glass and wood hosts line of bottles coming from all over the world.

Lips armchairs by Alma Design, placed side by side to the squared tables with wood top, contribute to fix that image that reminds wine: the inside upholstering of the shell, cobalt blue, is of the same color as the ripe grape and its velvet finish reminds the softness of the fruit peel.

The external shell of the Lips, designed by Mario Mazzer, is instead made by iron grey ash wood, as well as the legs, in order to have a great elegance effect.

Enchanting and harmonious, Alma Design chairs introduce in the Grand Cru rooms unique elements with intense colors, accompanied during lunch or dinner, with crystal wine glasses and the surprising creations by the renowned chef Adrian Quetglas.