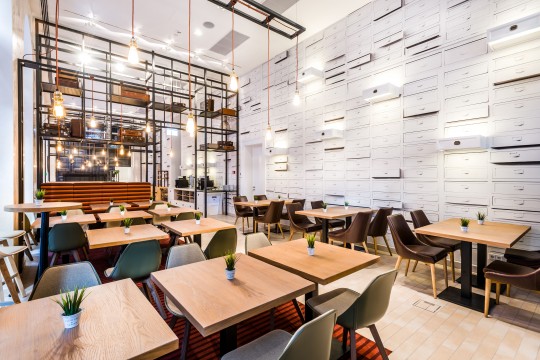 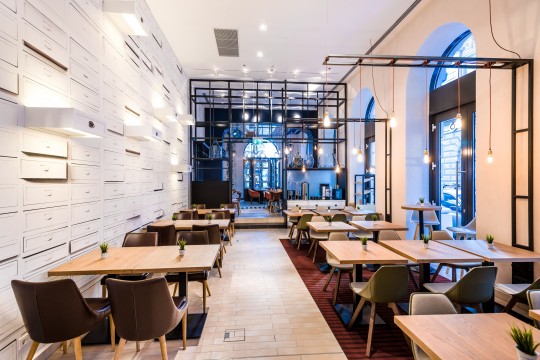 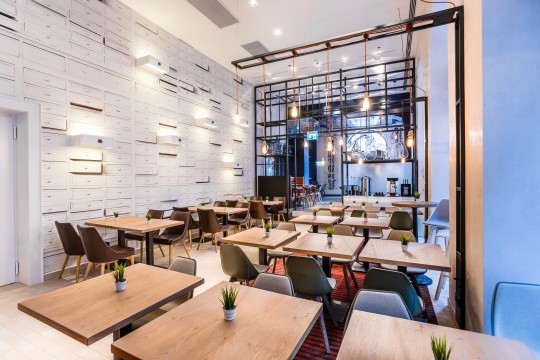 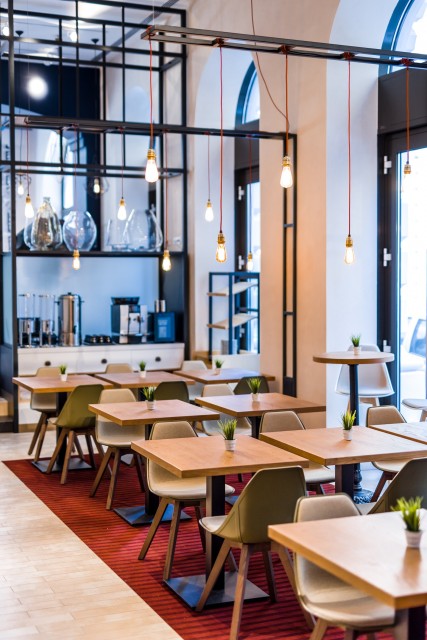 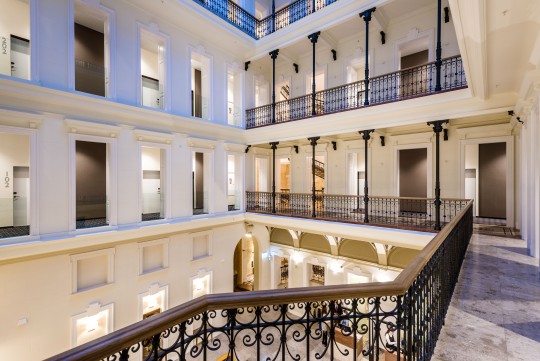 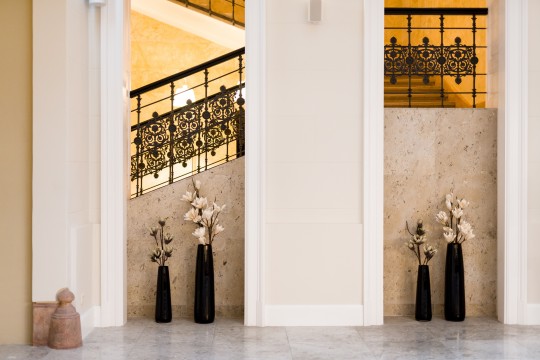 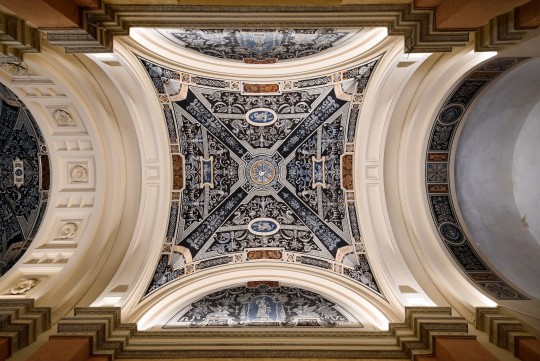 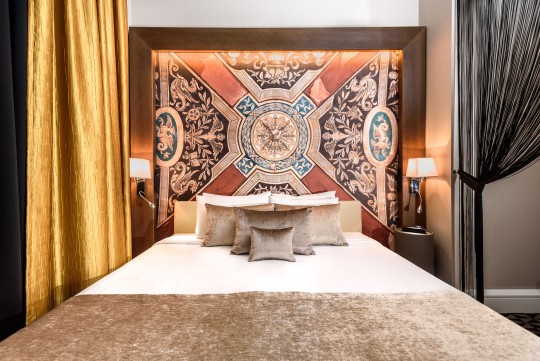 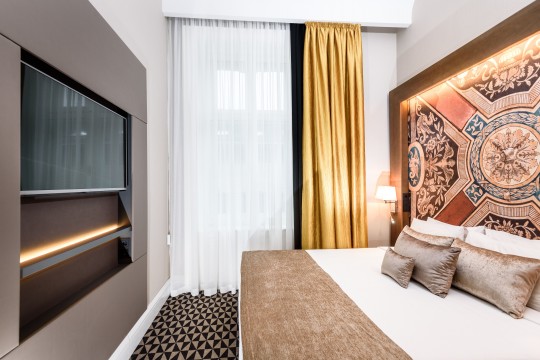 Hotel Moments arose two centuries ago as one of the most important building of the Hungarian capital. It was a rich tobacco, sugar and wheat dealer who commissioned it, and its designer, Adolf Feszty, was the most famous architect of the whole nation. Just in the center of the city, at the 8th of Andrássy út, the new Hotel Moments, better known as “Schossberger Palace”, can boast of a glorious past and the staus of an outright urban monument, with his magnificent faced inspired by the italian Renaissance, his precious wall paintings and his parapets in wrought iron.

All the citizens know the history of the Hotel Monuments and all his different functions: from the headquarter of his founder, it became the first cinema in the city, then a bank, and finally a building with several clubs. However, nothing in its structure is changed, it has been not only maintened, but also highlighted by the latest renovation by Archikon, in cooperation with the architect Csaba Nagy. In fact, the building still have the original elegant structure, made up by a central covered patio sorrounded by the rooms and the collective spaces, and the ornamental details of the 19th century are combined with extreme harmony to optical texture, contemporary materials and design furniture.

Among this kind of tasteful complements, the chairs that really stand out from all the others are Alma Design ones that, in collaboration with its Hungarian collaborator Eszter Partners, tried with ambition to transform the “Schossberger Palace” in one of the most famous fashionable destination of the international hotel business. X Chair and X Stool, two products-icons designed by Mario Mazzer, decorate the bar/restaurant area, directly overlooking the street and embellished with a long wall with small drawers all the same, some of which are designed, other, real, open and integrated with the lighting. X Chair has frame in ash stained and shell in military green polypropylene, upholstered in sandy fabric. The stools, instead, have been chosen with yhe same sandy fabric, but with white shell and frame in stained natural ash wood.

The recall to the X detail, distinctive and recognisable mark of this Alma Design collection, matches, within the Hotel, with several geometric elements. The result is the evocation of a renovated Art Deco style, where the accuracy of each detail and chromatic combination is the fil rouge of the design concept.