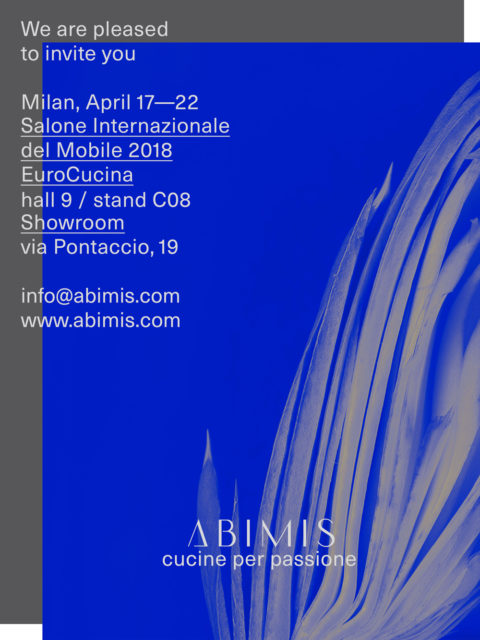 Following the growing success of recent years, and the positive response from an international clientèle, Abimis returns to the Salone del Mobile with a new corporate identity and several astonishing products.

This notable development involved several aspects of the corporate identity, which was restyled in partnership with Adv Media Lab, for the creation and expansion of the website contents, and Artemio Croatto’s Studio Designwork, who won the Compasso d’Oro award in 2014, for the design of a catalogue marked by the same depth as the corporate concept.

This restyling process also affected the booth, conceived by Designwork and the styling of which was in the hands of Studio MILO. The limelight was cast on the Ego kitchen, which was presented in new, attractive finishes, along with the new Cold Control System, a set of tall units and refrigerated compartments, each at a different temperature and controlled from a practical panel, for proper preservation of food and beverages.